The Qur’an and the Old and the New Testaments; Consistent and Inconsistent Points

In this article, the three religions of Islam, Judaism, and Christianity are compared and evaluated on the four bases of history, Divine legislation, Divine knowledge, and morality. Utilizing the three Scriptures of the Qur’an, the Gospel, and the Torah, the writer has attempted to touch upon the consistent and inconsistent points of the above religions in view of the aforesaid four bases:

Concerning history, the Torah, the Gospel, and the Qur’an are highly consistent in the principle of “report”, but inconsistent in its quality in five different aspects: purposefulness, selection, epitomes and details, identity, and consistency.
Concerning Divine legislation, there are for common aspects: the importance of legislation, seriousness of sins and their negative consequences, the nature of religious ordinances, and the prefixes to legislation. Similarly, they are different in five aspects: generality of (different types of) legislation, the recipients of legislation, devotional acts, (different types of) expiation, and the mediator between God and man.
Concerning Divine knowledge, also the Qur’an, the Torah, and the Gospel are highly consistent and have many commonalities. However, the Torah and the Gospel have differences with the Qur’an in the issues of Resurrection and Monotheism, respectively.
Regarding morality, all three Scriptures are absolutely consistent both in foundations and in value and practical consequences. 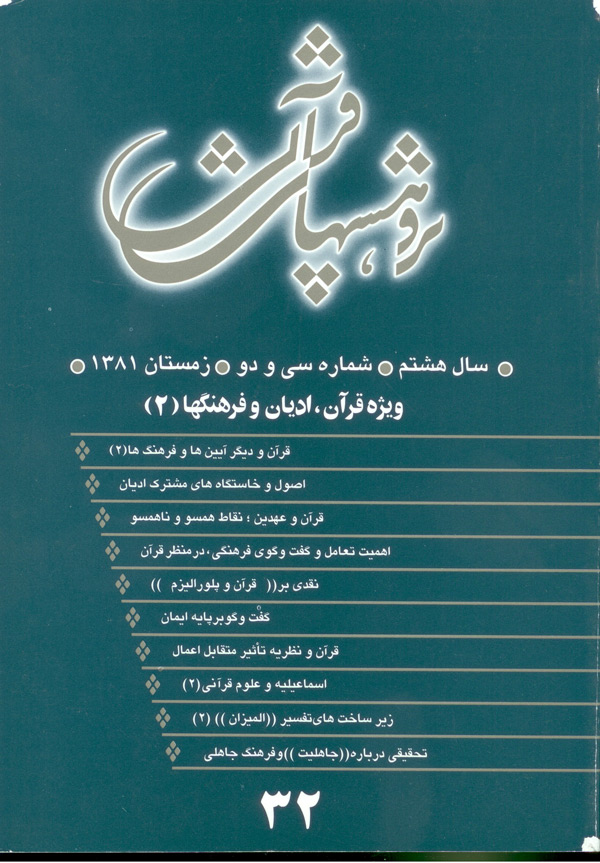